At our core, we want to be known as a people who love like Jesus.

Our core values shape our lives as we gather as the body of Christ.

Jesus loves all people and invites us all into an eternal family. As members in that family we have been called to extend that invitation and open wide our arms to receive everyone.

Jesus cares for all people and extends grace and mercy to all who will receive. Our world is broken and needs to see us as compassionate, caring people who are willing to step into the brokenness with the only thing that will bring wholeness, God’s grace and mercy.

Jesus reached out to us all when He came here from heaven. Jesus came for us with a plan from eternity past. We are sent out as Jesus was with the same incarnational, and intentional purpose to reach the world with His love.

As we welcome, care, and reach out like Jesus we are being transformed into His likeness and being used for His purposes in this world. Pastor John Strader was born in Corpus Christi, Texas in 1984. The eldest of 3 boys, John gave his life to Christ at a Vacation Bible School held in his hometown. He attended South Houston High School as well as completed culinary school in Galveston. After working as a chef for over 7 years, John knew that God was calling him to feed people spiritually, so he began attending seminary classes at Heritage Baptist Institute in 2009, where he met his wife.

John completed and earned his degree in missions from Missionary Baptist Seminary in Little Rock. In May of 2013, John was ordained as a minister of the gospel. At Creekmont Baptist Church, John served as a youth pastor, and then he and his wife surrendered to the mission field of East Kenya, Africa, where they saw God do amazing things along the coast of Kenya as new churches were planted.

After living in Kenya for five years, John was called to Horizon as the Senior Pastor in November of 2019. John and Amber have been married since June of 2011 and are blessed with three children. John’s desire is to see people grow in their relationship with Christ. Jodie has a B.S. in Accounting and an M.A. in Global Studies from Liberty University in Lynchburg, VA, a Bachelor of Theology from Texas Baptist Institute and Seminary in Henderson, TX, and a Certificate of Biblical Counseling from Southwestern Baptist Theological Seminary in Fort Worth, TX. In 2012 Jodie was ordained as a minister of the gospel. Jodie surrendered to the ministry and missions in 2006, and his wife, Gabby, surrendered to missions before that. Together, they went to Russia to plant a church. In 2019, a church was planted in St. Petersburg. During the COVID pandemic and world events, after 7 years in Russia, God closed the door for the Veselys to continue living in Russia and opened the door for them to serve online to Russians through Russian Ministries Online and to serve in areas of counsel and care to ministers and their families through HeartWay: Pastor and Missionary Caregivers. Jodie was called to Horizon as Care Pastor to serve under the Senior Pastor in November of 2022. Jodie and Gabby have been married since December 2008 and are blessed with three children. Jodie desires to help in areas of care, missions, and finance to see people grow in their relationship with Christ. Read My Bio
Originally from Philadelphia, PA, Rose moved to Houston in September 1972. Rose accepted Jesus as Savior at the age of 20. She is still amazed by the love that God has for her. She became a member of Horizon Baptist Church in April 2005. Rose began her position of secretary in November 2015 after retiring from the Department of Veteran’s Affairs with 31 years of service to our nation’s Veterans. She considers her position of secretary as a ministry rather than a job and loves the members of Horizon. Rose loves helping and serving her church family and people in general. When not working, she loves traveling, reading, watching movies, and spending time with her family. She has five children, thirteen grandchildren, and 2 great grandchildren. A lifelong resident of Fort Bend County, Cindy brings over 25 years of experience in non-profit marketing, fund development and community relations. A member of Horizon Baptist church since her teens, Cindy is excited to use her training and experience to serve. Cindy currently works with non-profit organizations in planning their fundraising efforts, educating their board of directors and strategic planning.

Cindy and her husband Brad have 5 grown children and 6 grandchildren. She loves to cook, craft and spend time with her family and church family. Read My Bio
The youngest of four children, Hope Rutledge was born in Plano, Texas, but raised in Houston where she attended Hastings High School. Hope attended Bellaire West Baptist Church as a child, where she met her husband, Doug. She studied art at Sam Houston State University and was a high school art teacher for 9 years. Working with children is dear to Hope’s heart, and when she and Doug returned to Horizon Baptist Church in 2017, she began working with the children’s ministry. When she’s not undertaking projects to benefit the children and the church, Hope is a very busy stay-at-home mother with four home-schooled children she and Doug are raising in the church to be caring servants of Christ. Read My Bio
Doug has lived in the Houston area almost his entire life and has attended Horizon Baptist Church for the greater part of that time.  While he claimed to have been saved a few times as a child and teenager, it was not until he was 22 that he was truly saved by God’s grace.  Doug grew up in the church, where he met his wife Hope.  After serving as a teacher in an adult class at their previous churches, he and his family returned to Horizon Baptist  Church in 2018.  He has settled in, and quite enjoys, working with the Youth Ministry at Horizon Baptist Church.  His goal is to guide our students to a true, saving relationship with Jesus Christ, that stands up against the many trials they will face.  He and Hope have four children, two of which are in the Youth Ministry.  He enjoys attending his children’s sporting events, playing video games, and getting lost in youtube rabbit holes.  Favorite Book of the Bible:  The Gospel According to John.  Favorite Game System:  All of them. 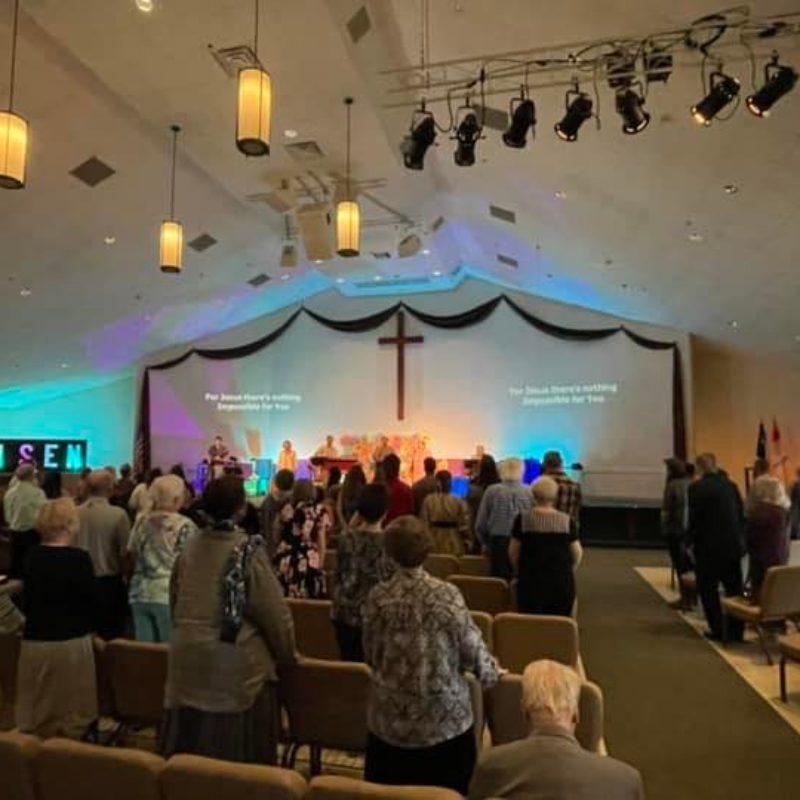 Stay Up To Date